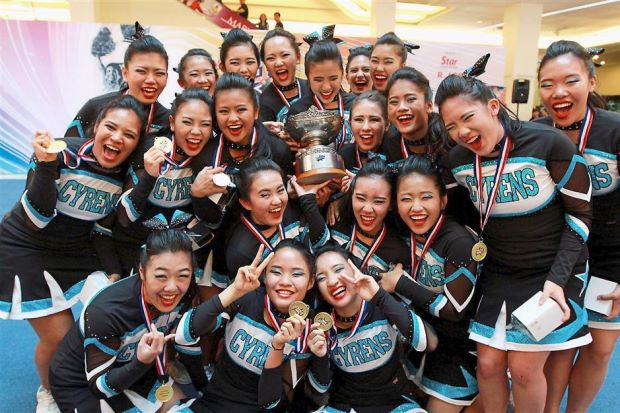 “My girls really deserved this, they have worked so hard and we had so many new members so I’m very proud of them for catching up to win,” said Cyrens team captain Cassandra Yang, 16, whose team won the co­veted High School Senior All Girl trophy.

All four winning teams received RM1,500 each and an assortment of products courtesy of sponsors like Grab Malaysia, Reebok and Clinelle.

“Well done to all teams! Some teams in particular have improved a lot,” said president of Cheerleading Association and Register of Malaysia Beverly Hon.

A special social video broadcast was run by The Star’s award-winning youth news platform R.AGE, allowing audiences at the venue and around the world to watch all the performances on the CHEER Facebook page (fb.com.my/thestarCHEER). Those watching from home and abroad could comment in real time, supporting their teams online.

To watch all the teams’ performances from the social video broadcast, go to fb.com.my/thestarCHEER.