KUALA LUMPUR: All eyes may be on Pandelela Rinong, and Cheong Jun Hoong at the Rio Olympics, but another star is also making waves closer to home.

Carmen Lim may only be 16, but has already smashed four national swimming records over three days at the ongoing Malaysia Paralympiad 2016 in Kuching.

Lim, who was born with one arm, this morning won the 50m breaststroke event with a time of 47.32s, shaving off five seconds from the previous record of 53.43s.

Soon after, she clocked 38.52s in the 50m freestyle event, breaking the Para Asean record she had set last year.

Today’s feat was a continuation of her domination in the pool. Two days ago, Lim set a new national record for the 100m freestyle when she clocked in at 1:29.93, slashing 31 seconds off her previous timing of 2:02.42.

She continued her momentum by setting another record of 1:44.91 in the 100m breaststroke, 15 seconds faster than the previous timing of 1:59.51.

The Malaysia Paralympiad 2016 is currently being held in Kuching, Sarawak. The five-day event ends today. A total of 15 teams participated across nine sports and disciplines.

In a telephone interview with the New Straits Times from Kuching today, Lim said she was tired but happy.

“I’m pleased that I broke my Para Asean record for 50m freestyle. Actually, I know I can do much better. For the past month, I have been training in the pool before and after school.”

Lim spends much of her week training at her school as a member of the Sri KL Sharkies. She is currently swimming competitively under the National Sports Council programme via the Selangor Team banner.

A year ago, Lim burst into the international scene when she stunned the Singapore Aquatics Hub audience, clinching a gold medal for Malaysia at the Para Asean Games 2015.

As the youngest competitor in the 50m freestyle S8 category, she set an impressive 39.14s timing, an Asean record surpassing that of 45-year-old Thai veteran competitor Thongbai Chaisawas. 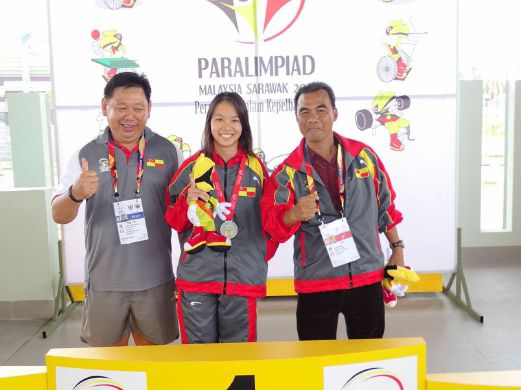 “I’m so proud of her achievements. She has been training so hard since she got back from last year’s Para Asean Games,” Loke said.

“I hope the judges will take note that Carmen deserves to be awarded the overall champion for women swimmers, considering she has just smashed the Para Asean record for 50m freestyle category. This is really a big achievement for Malaysia,” Loke added.

Loke revealed that Lim harbour a long-term goal of winning a medal for Malaysia at the 2020 Tokyo Paralympics.

“She has four years from now to improve her timings in international waters. At the rate she’s going now, I have tremendous faith in Carmen’s ability,” he said.

Next month, Lim’s teammates will be competing at the Rio de Janeiro Paralympic Games 2016.

Paralympic swimming is an adaptation of the sport of swimming for athletes with disabilities. The criteria for the Paralympic swim team is different. Swimmers in different classifications race each other and points are awarded for clocked in times.

The naming and categorisation of each competitor’s impairment is in part a result of the Games themselves. The freestyle, butterfly and backstroke events are classified 1 through 10 with an “S” before each number. The S1 through S10 categories are for swimmers with a physical impairment.

The S1 category is for the most severe physical disabilities and as the number increases to S10, the difficulty lessens.

Categories such as S11-13 (for swimmers with a visual impairment), are used in an effort to ensure a level playing field for athletes in each event. 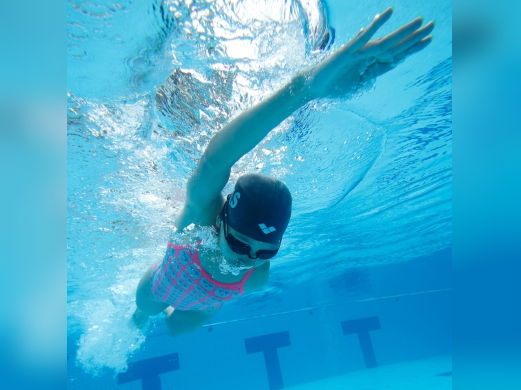 Carmen Lim may only be 16, but has already smashed four national swimming records over three days at the ongoing Malaysia Paralympiad 2016 in Kuching.