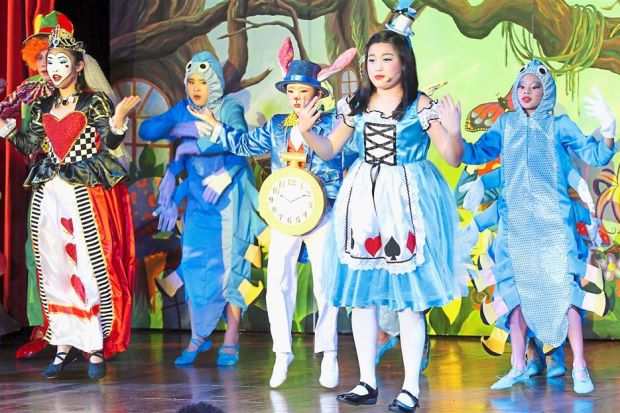 As Alice falls down the rabbit hole, she encounters the many denizens of Wonderland in the musical number, ‘Very Good Advice’

BACK for another weekend of quirky songs and lively dances, 49 primary school pupils took audiences on a journey when they retold the classic whimsical tale of Alice in Wonderland.

They brought each of the colourful characters to life brilliantly in the energetic performance that was injected with lively expressions, witty dialogue, fun lyrics and excellent singing. 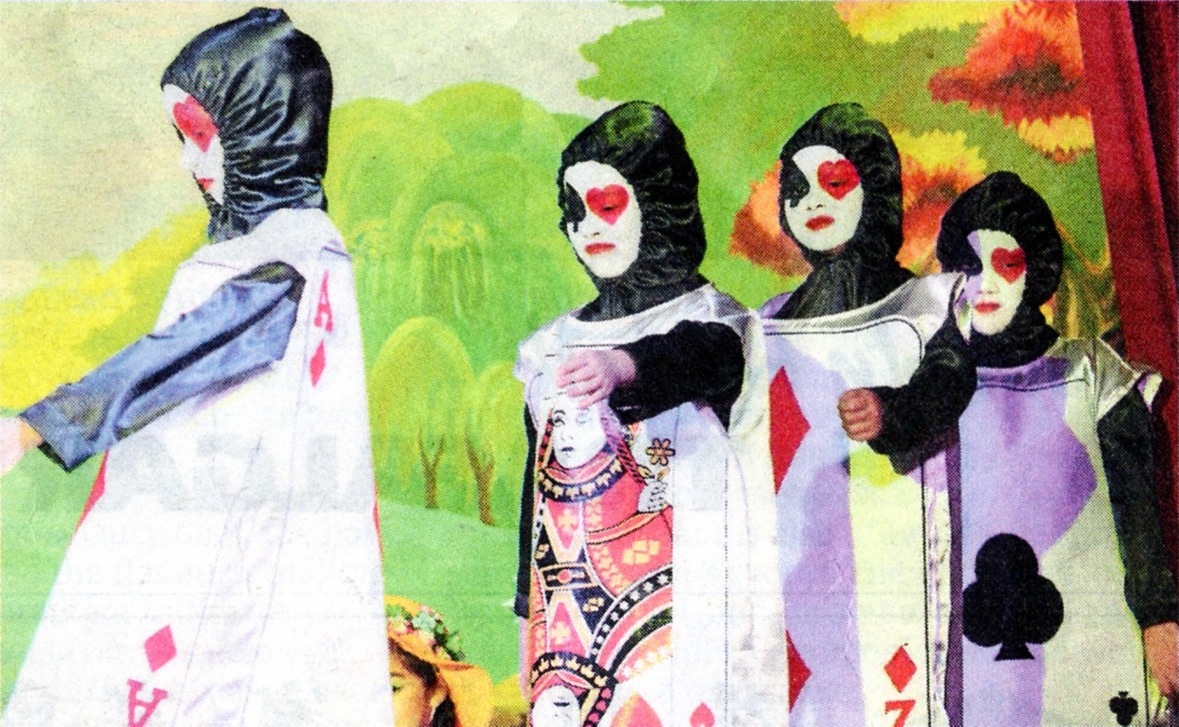 It was the school’s 11th year hosting the charity musical, which has become an annual project for the school’s upper primary pupils.

Like the 1951 Disney film, the musical follows the adventures of the ever-curious Alice as she explores the peculiar world of Wonderland and its equally peculiar denizens, but is unusual in the fact that the role is played by not one, but three actresses simultaneously.

Year Five pupil Jovene Wen, who led the cast in the leading role as Alice, read the book in addition to watching the movie and stage musical to familiarise herself with the story.

Rehearsals began in February, and Wen said it was a challenge to learn the fast-paced songs and dance steps at first.

“For the past week, we have been having rehearsals for the whole day, every day,” she said.

Year Six pupil Keisya Rae Dasiuk co-stars as Tall Alice – the version of Alice that grows to an enormous size every time she ate a magic cookie.

She described their character as a girl who allows her curiosity to get the best of her, often leading her into sticky predicaments with the other denizens of Wonderland.

“The teachers usually tell us to practise our lines in the mirror at home and watch our expressions,” she said, when asked regarding their personal preparations for the musical.

Most of the young actors and actresses admitted during the intermission that they were not as nervous as they thought they would be, and acted out their characters with confidence. 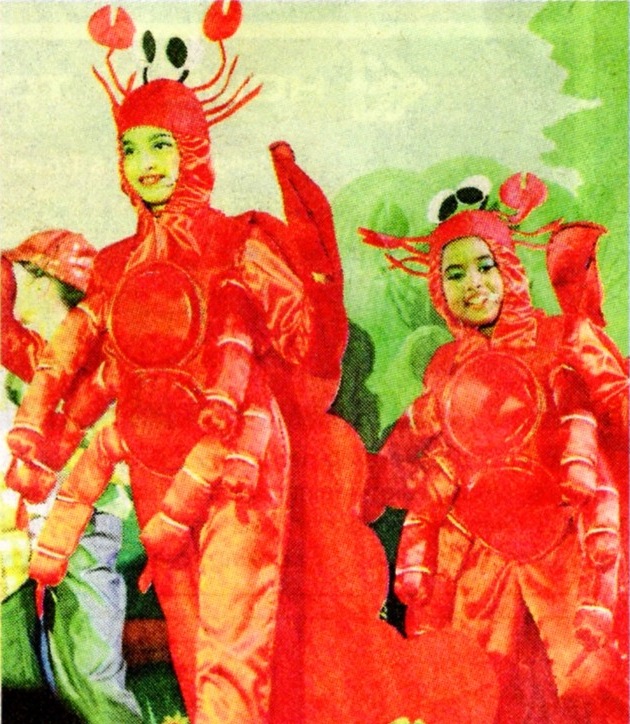 The rock lobsters scuttling onto the stage

Along the way, Alice meets many quirky characters such as the energetic but panicky White Rabbit, the enigmatic but helpful Cheshire Cat, the confused but lovable Tweedledum and Tweedledee, the sassy mean-girl flowers of the Golden Afternoon, the friendly diva Caterpillar, the crazy Mad Hatter and March Hare, as well as the domineering Queen of Hearts.

By the end of this nonsensical story, audiences were left wondering whether Alice actually went to Wonderland or merely dreamt it.

School principal Dr Tan Khun said producing musicals for more than 10 years had given the school teachers the necessary experience to raise the quality of the performances every year.

He added that the productions were usually funded with the school’s own budget and the proceeds raised would go to charity.