KUCHING: Swimmers anchored Sarawak to retain its status as the country’s Paralympics powerhouse with 84 gold medals in the just concluded 18th Malaysia Paralympic Games to emerge champion for the 12th consecutive edition. 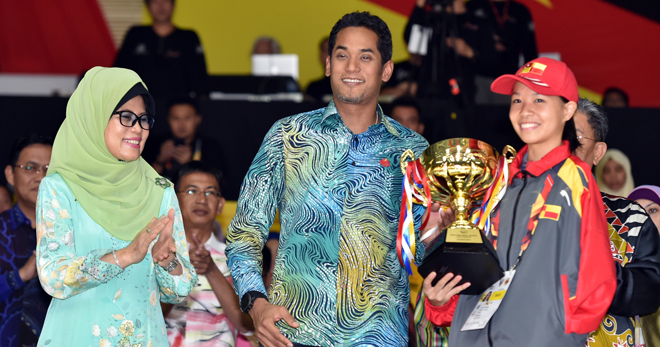 The state’s strong contingent of 201 athletes grabbed 220 medals, including 63 silver and 73 bronze, throughout the five-day event since Aug 6 and became overall champion in swimming, tenpin bowling and powerlifting. This feat enabled Sarawak to surpass its initial target of 80 gold medals. The state has won the biennial National Paralympic Games since 1994. More details at nätcasino.co

Aquatics was the biggest contributor to the state’s medal tally with 39 gold, 17 silver and 11 bronze. Although the accomplishment failed to match the state’s aquatic performance in the previous Paralympic Games in Perlis of 44 gold medals, Sarawak swimmers have every reason to be proud of surpassing the 38-gold medal target.

Badminton contributed one gold, one silver and one bronze while chess gave the state three silver and four bronze medals. Sarawak athletes did not make the podium in archery and lawn-bowl.

This year’s edition of the Paralympics saw a much improved overall performance whereby 50 new meet records were created including two national records in powerlifting. Swimming stole the limelight throughout the games, where 46 meet records were shattered. Sarawak swimmers contributed to 16 of the records.

A total of 943 athletes from throughout the country took part in this year’s Paralympic Games. Johor took second place with 35 gold, 25 silver and 15 bronze while Terengganu finished third with medal haul of 30 gold, 24 silver and 19 bronze.

Youth and Sports Minister Khairy Jamaluddin officiated at the closing ceremony held at the State Unity Stadium. Also present was Welfare, Women and Community Wellbeing Minister Datuk Fatimah Abdullah. The next National Paralympic Games will be held in Perak in 2018.