Sri KL: We are not to blame for congestion 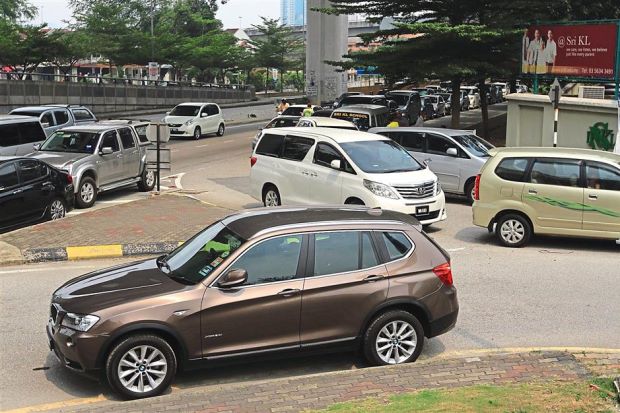 WITH fingers pointed at it as the main contributor to traffic congestion at the Kewajipan Roundabout, Sri Kuala Lumpur school claims it is not entirely to blame.

When the school opened 20 years ago, there was less traffic on the road and congestion was not an issue.

However, the school’s chief executive officer Hanif Merican agreed that parents double parking outside the school contributed to the congestion.

The situation is not condoned by the school but arises due to the parents’ lack of civic awareness and care for other road users.

In the evening, parents of students can be seen taking up two lanes while a lane is reserved for school buses and vans to exit the premises.

Vehicles also blocked the entrance to the school’s gates.

This caused a hold up in traffic moving from the roundabout, passing the school.

However, Hanif said the traffic congestion was due to the high volume of traffic making its way in and out of the area.

“School begins at 7.45am and students would be in school by 7.30am, contributing little to the congestion.

“Of course, there will be occasions when traffic outside the school is unusually heavy in the morning and this will contribute to the jam, but for the most part the school is not to blame,” he said.

The problem, he said, was not easily fixed, as it required all stakeholders to make concessions and invariably, spend money on more infrastructure.

The school had made efforts to bring residents, including other colleges in the area, the council, and the Public Works Department (JKR) together to discuss possible solutions.

It has approached authorities on numerous occasions to propose alternative solutions only for the proposals to fade away for lack of interest.

The school had discussed and proposed a shared public and private parking area, one-way traffic flow, and use of traffic lights along with other road works.

Its representatives also met up with past council presidents and heads of departments to speak about road modifications and traffic control options.

Hanif said one of the main reasons traffic control modifications and the deployment of council personnel largely is because of varying jurisdiction.

“Since Persiaran Kewajipan is a federal road, it comes under the purview of JKR and the traffic police. Efforts by the assemblyman and councillors to bring JKR to the table have not been succesful to date,” he said.

He said the school had met with past and present assemblymen to propose road widening, at the school’s cost, and other measures to alleviate traffic.

“With the exception of the one-way system in SS15/7A at peak hours, our proposals have not been implemented,” he said.

The school has also met with head of traffic police contingent in the Subang Jaya headquarters to discuss traffic management and cooperation.

“Though they were sympathetic, they said they were unable to deploy more officers to the area for more than a few days each year,” he said.

Hanif added that the school continued to have cordial relations with various Residents’ Committees (JKP) surrounding the school and have tried as much as possible to take their feelings into consideration when planning and proposing solutions to traffic congestion.

“Given the long history of broken promises by authorities and developers, this is understandable but regrettable, too, as their scepticism may be closing their minds to solutions that benefit all stakeholders,” he said.

One such proposal that was struck down by the residents was for Sri KL to build an underground car park at the open area in front of the Sime Darby Medical Centre on Persiaran Kewajipan.

The car park could accommodated up to 200 cars and be open to the public during off-peak hours. In addition, the area above the car park could be landscaped to return it to its original condition or with extra public facilities like badminton courts and a meeting hall.

“It’s hard to see what was wrong with this proposal but the residents, or at least, their representatives didn’t want it.”

While the school waits for authorities to come back to the discussion table, it has decided to build a double-storey underground car park within its compound in the hope that it will take some traffic off the road during the peak periods.

The car park will hold approximately 160 cars and is scheduled for completion in October this year.

Hanif believes this will only partially alleviate the jam as in reality, more creative solutions involving road re-routing, traffic lights at the roundabout and one-way flows are required.

“At the end of the day, Sri KL is more than willing to compromise and take on its share of financial contribution to any long-term solution to the traffic woes in Subang Jaya as we have pledged on several occasions,” he said.