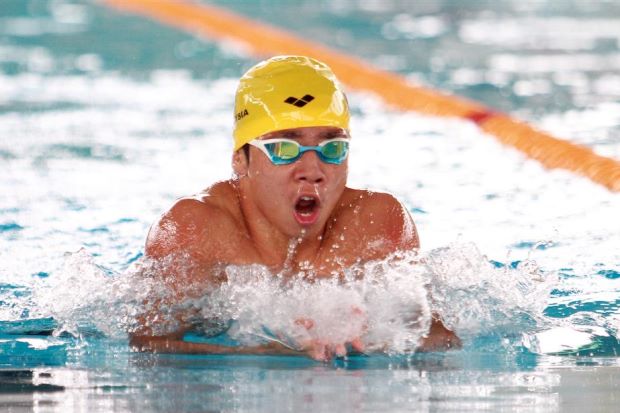 The 17-year-old has bagged three more gold medals to take his tally to an awesome 10.

He was simply unstoppable at the Shah Alam Aquatic Centre here on Wednesday.

Hagino won the 400m IM bronze medal at the London Olympics in 2012 and is one of only two Asians to have been named Swimmer of the Year.

It was his second silver in the meet, having finished second in the 50m butterfly on Sunday.

But he’s not done yet.

“I’ve won medals in all the events I entered for … I will try to win three more on the final day tomorrow,” he said.

“I’m feeling good … I’m happy to have clocked a personal best in the 400m individual medley.

“It was unexpected … to break Faang Der’s meet record shows I’m on the right track.”

Jordan will switch his focus to the Malaysia Games (Sukma) in Kuching where he hopes to make a golden debut in the 200m and 400m individual medley events.

The Selangor quartet of Yasmin Batrisyia, Lim Shun Qi, Elise Wong and Amanda Sofea were the other record breakers on Wednesday.